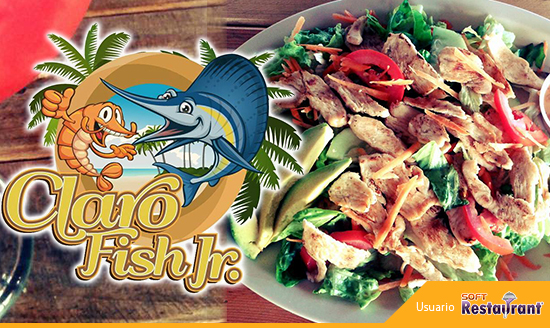 The beginning of a great adventure was the one that Claro Hernández Hernández undertook when he decided to leave his small town Teocaltiche, Jalisco to go out in search of new horizons with his illusions and plans as luggage, he arrived in La Paz, Baja California Sur in the year 1966.

He needed to find a way to earn a living, so he found his taste for cooking and his seasoning, which was always praised for him, that's when he decided to start with a small stand of weathered fish tacos which he named “Tacos Los Claros ”located on the coastal promenade of the Bay of La Paz, locally called Malecón.

Taqueria Los Claros In front of the fiscal dock, it installs its position and it is where it begins with its adventure that lasted for more than 15 years serving passers-by and visitors, starting with what over the years would be a benchmark for those who visited the city of La Paz both from the interior From the Mexican Republic as well as from abroad, the delicious fish tacos and La Paz-style weathered shrimp, a business that culminated in the taste of La Paz and with it was fruitful with great success.

As the years went by, “Tacos Los Claros” became a family and Southern California tradition. Over the years Armando Daniel Hernández (grandson of Mr. Claro Herandez) leaves the city of La Paz and goes in search of Los Cabos, where 7 years ago he started with the first restaurant and began to grow in an orderly way and putting special emphasis on details, taking the family brand to a new stage of renown and quality, which leads it to generate acceptance from the people of Cabo San Lucas and San José del Cabo.

Through teamwork, preserve and perfect the recipes of family heritage to maintain the brand for many generations.

Expand the brand so that our food reaches palates around the world, standing out for its quality and flavor.